SIGN THE PETITION: End the homelessness crisis in Vancouver

The homelessness situation in Vancouver’s Downtown Eastside is out of control mostly because people do not have their basic needs met. Here is a brief rundown of recent events: 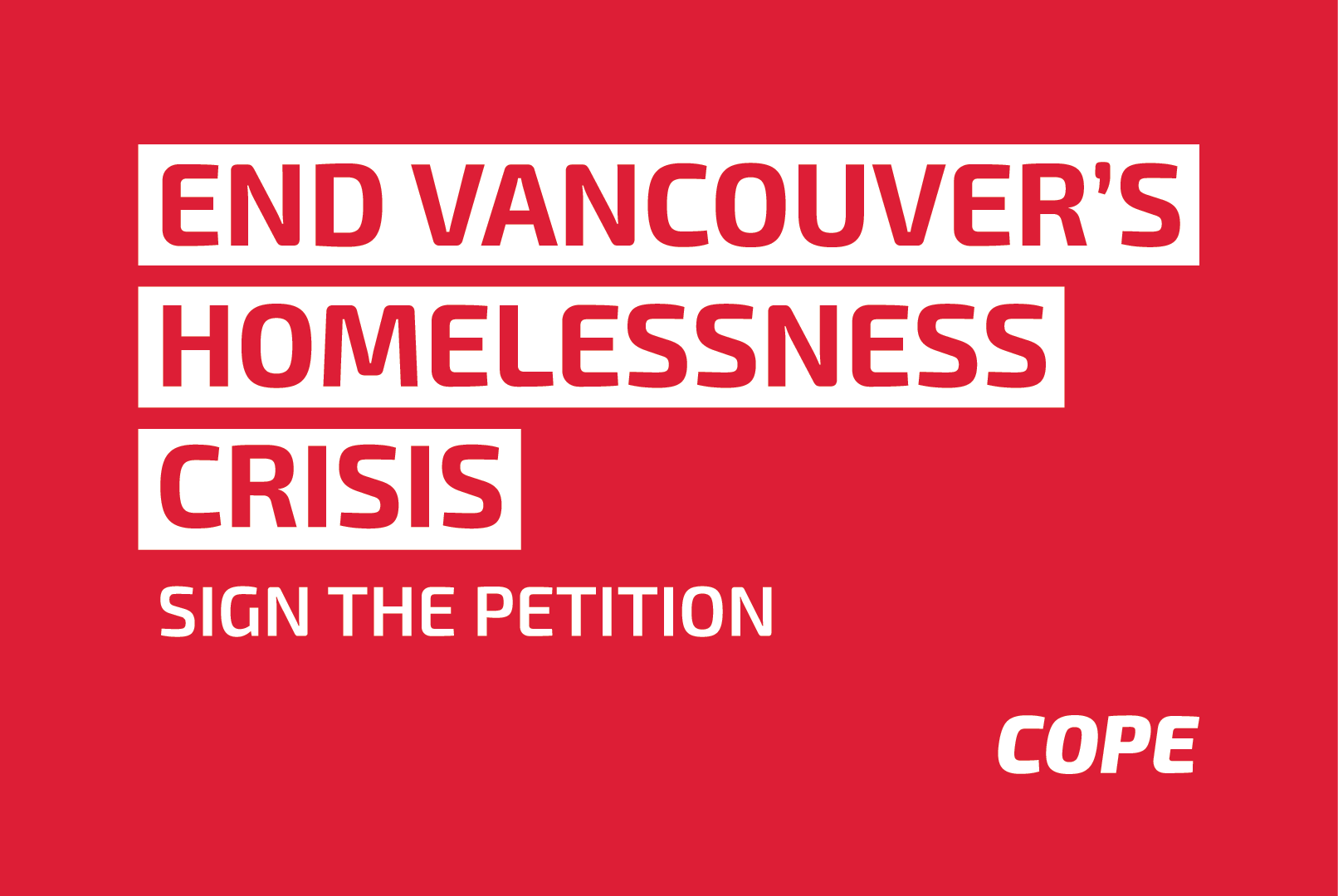 We, the undersigned, call on all levels of government to take these immediate short, medium and long term actions to deal with the multi-level homelessness crisis in the Downtown Eastside and across Vancouver.