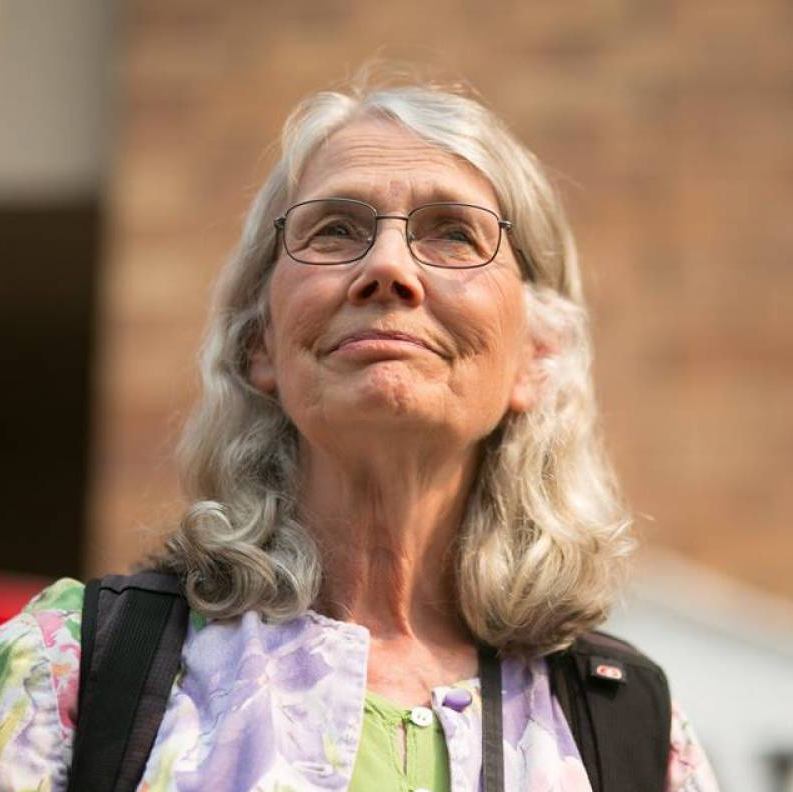 Jean Swanson is a COPE candidate for Vancouver City Council. Join COPE to help elect Jean and all the other COPE candidates by signing up here.

Jean Swanson has been an anti-poverty and social justice activist for over 40 years in Vancouver and across the country. She was elected to Vancouver City Council in 2018, where she has introduced motions for tenant protections, rent control, social housing, free transit, workers’ rights, anti-racism, safe supply, decriminalizing poverty, and more.

In 2016 she was awarded the Order of Canada, the country’s highest civilian honour, for “her long-standing devotion to social justice, notably for her work with the residents of Vancouver’s Downtown Eastside.”

Some of her community work includes:

Ever since I was working with the Downtown Eastside Residents Association in the 1970s, COPE has been the party that sticks up for people who no one else will stick up for: tenants, the unhoused, and residents with low-incomes (a big portion of Vancouverites have low-incomes especially compared to the cost of living). COPE’s also a good place for challenging jurisdictional hand-cuffs, where each level of government passes the buck to other levels of government. In COPE, we call for what is needed and we push all levels of government to act, and if they won’t act then we fight for the city to get the power to do it. We’ll never get what we need unless we ask for it. Many of the good policies that Vancouver has come from COPE working with community groups to change the system: caps on damage deposits, banning eviction without cause, the first rent control in BC, standards of maintenance for rental buildings, rate of change to stop the loss of rental stock, harm reduction, empty homes tax, banning renovictions, free transit for kids, even recycling, etc.

As a COPE councillor for the last 3+years, I feel like it would be good to continue at City Hall to work on some of the things I’ve started: Let’s expand vacancy control, where landlords can’t raise the rents as much as they like when tenants leave, beyond SRO hotels to all or most apartments in Vancouver. Let’s get a mansion tax so we can get enough money to actually do what the city needs to do, starting with building housing for people who have none. Let’s finish up on my motion to provide community led safety services instead of police for people who are homeless, sex workers, people who use drugs, and people with mental health issues. Let’s make sure we get affordability in new rental housing. And let’s really ramp up the pressure for safe supply to stop people from dying. All the while we have to keep reducing carbon emissions, adapting to  climate change and planning for green jobs. Our city is on the stolen land of the Musqueam, Squamish and Tsleil-waututh. How can the city use its powers to give at least some of that land back and/or compensate its original owners?  That’s a lot of work to get done and we need all the COPE folks we can get on council so we can actually achieve it.