Petition: Expand $45/year BC Bus Pass to all low-income Vancouverites 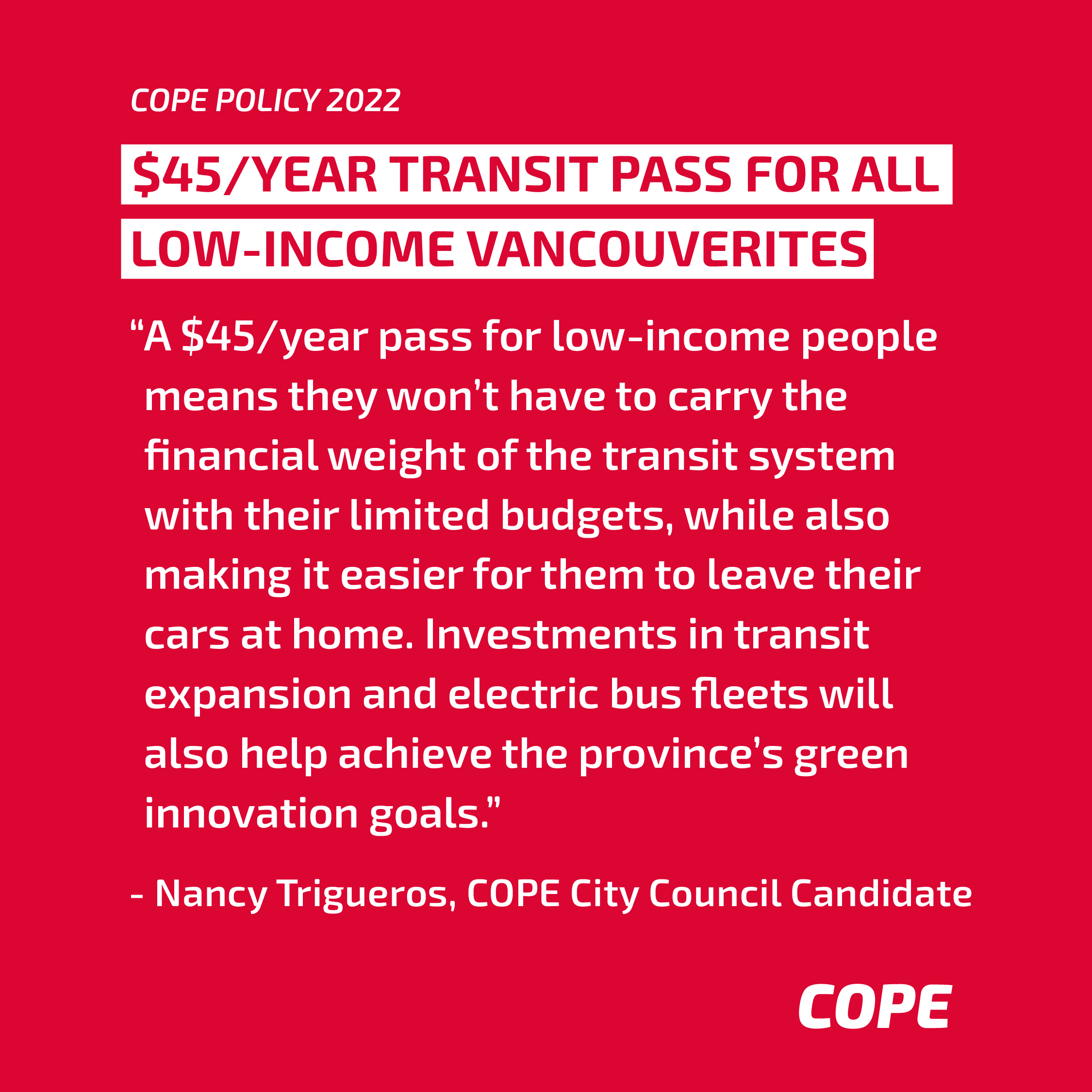 Over the past year, the cost of living in Vancouver has skyrocketed by 7.7%. One expense that can be eliminated for them is the expense of transit.

This can be accomplished by extending the BC Bus Pass program, currently used by low-income seniors and residents with Persons With Disability (PWD) designation, to all low-income people in Vancouver – and eventually across the province.

Of the 50,000 low-income people in Vancouver, 29% currently commute by transit. Providing them access to a low-income transit pass would cost TransLink only $16M in lost fare revenue per year.

It’s time to reward low-income Vancouverites, who are already doing their part for the environment by taking transit in the highest numbers, with a $45/year transit pass.

The allonboard campaign won free transit for kids aged 12 and under, but the campaign's call for a low-income pass has not yet been taken up or implemented by TransLink or government.

Read COPE's letter to the Minister of Social Development and Poverty Reduction
and the Minister Responsible for TransLink here.

Add your name: please sign the petition on the right-hand side of this page and share it on social media!

We, the undersigned, call on the Province of BC to expand the BC Bus Pass to all people with low incomes, regardless of age.