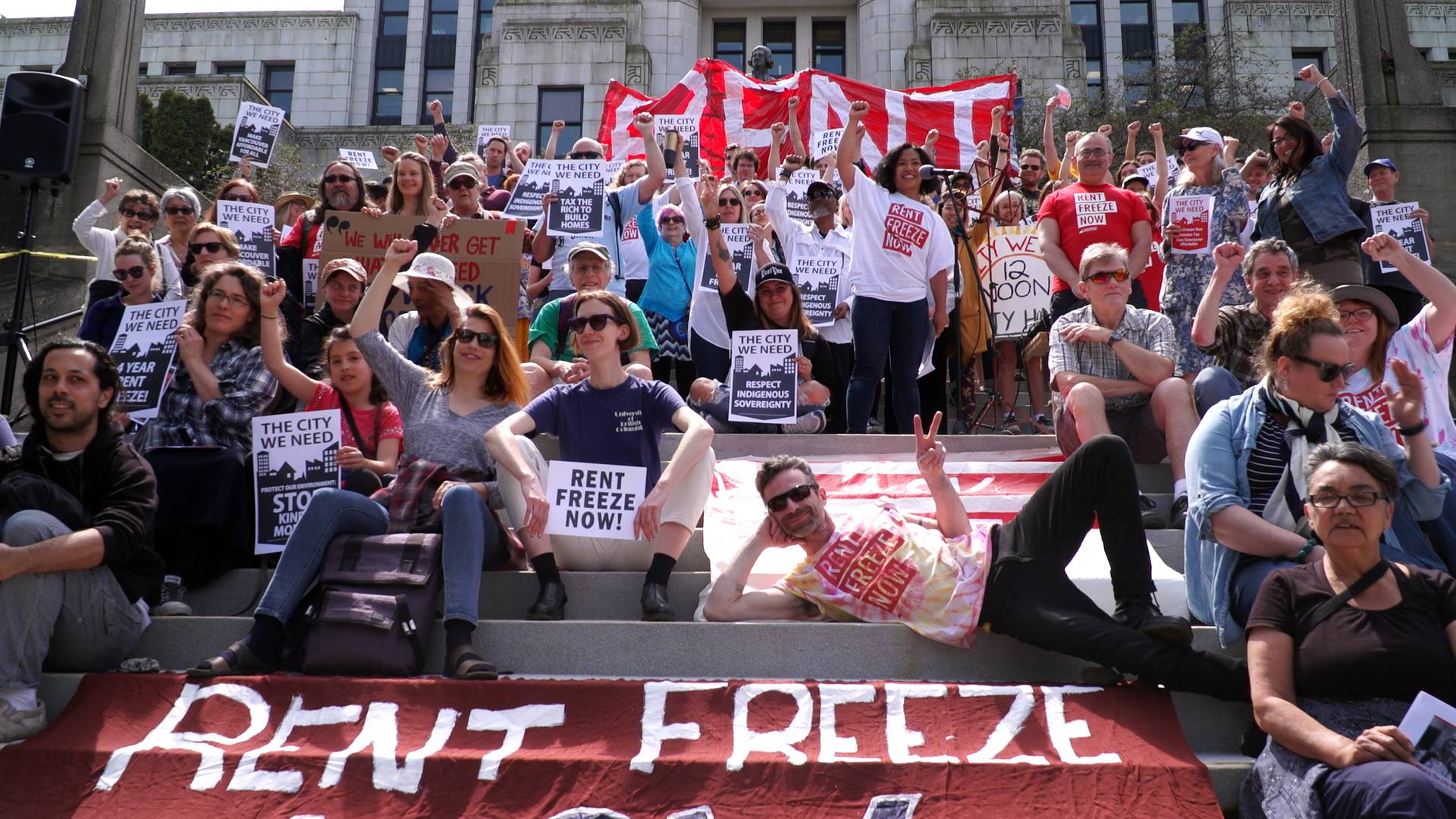 In Vancouver, tenants and all working people are facing a growing affordability crisis where rising rents and cost of living are far outpacing our incomes.

Rent for a 1-bedroom apartment is now more than $2,000, there are over 2,100 people sleeping on the streets, and transit and daycare fees are increasing every year.

Meanwhile, wages remain stagnant, the minimum wage is still only $15.65, and income assistance is nearly non-existent.

It's time for Vancouverites to join together to win citywide rent control and living wages for all our workers. We can win a Mansion Tax to end homelessness, safe supply to save lives, a Universal Transit Pass for all, and real action on reconciliation and climate change — if renters and workers vote COPE on October 15th, 2022.

In Vancouver's municipal elections, to be held October 15th, you will be able to vote for nine COPE candidates:

Find our more about our 2022 candidates here.

In 2018, COPE built a large movement and elected Jean Swanson to City Council, Barb Parrott to School Board, and Gwen Giesbrecht and John Irwin to Parks Board, on unapologetically radical platforms. We also ran Anne Roberts and Derrick O'Keefe for Council and Diana Day for School Board all of who came very close to winning seats.

With hundreds of volunteers tabling doorknocking and postering all over the city, we united under the banner of COPE to Win the City We Need.

Find out more about our 2018 election platform.

2018 marked the 50th anniversary of the Coalition of Progressive Electors (COPE), which was formed in 1968 as a coalition of the Vancouver and District Labour Council, housing activists, leftist and environmental groups. COPE believes that residents and social movements can advocate for policies that address the needs of people, not the profits of real estate developers and speculators. In 2002-2005, COPE elected majority governments on city council, park board and school board. After almost almost 2 decades of NPA/Vision rule, the city faces an unprecedented crisis. It’s time for a political revolution at City Hall. We took the first step in October 2018, but this is only the beginning.

Join the movement! Sign up to join COPE as a member today