Today, COPE candidates for city council, school board, and park board announced their plan for a “Universal Pass for the working class.” The pass will be free for kids aged 18 and under, free for people with low-income, and $41/month for people with middle income. The Universal Pass would double as a 3-zone transit pass and a pass to park board programs, including swimming pools, skating rinks, and fitness centres.

The fare reductions would be covered by Vancouver’s portion of the province’s scheduled increase in the carbon tax. 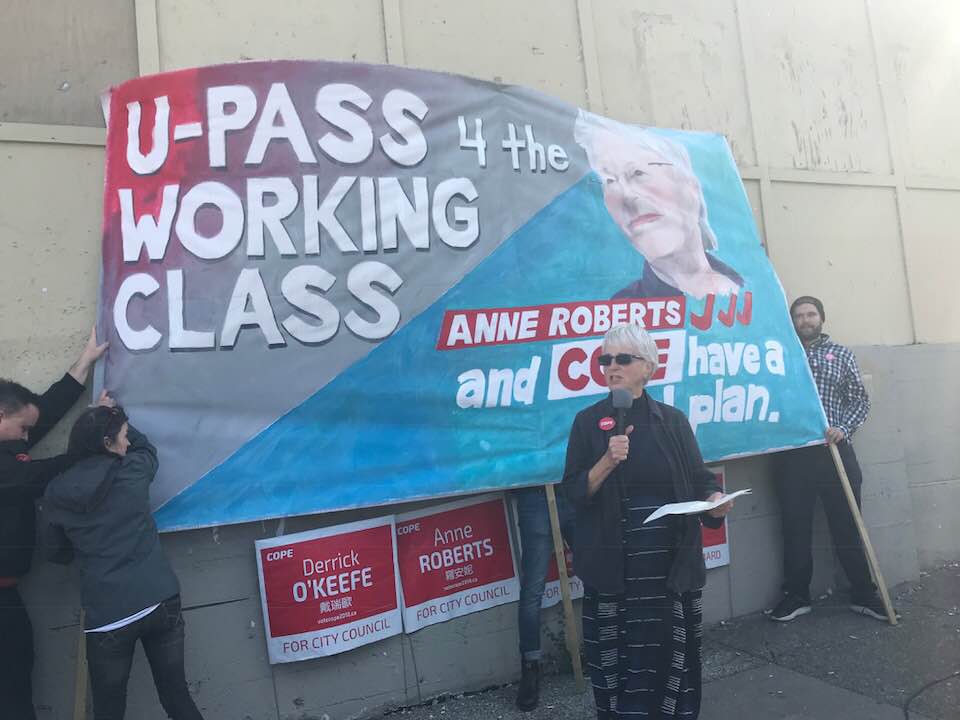