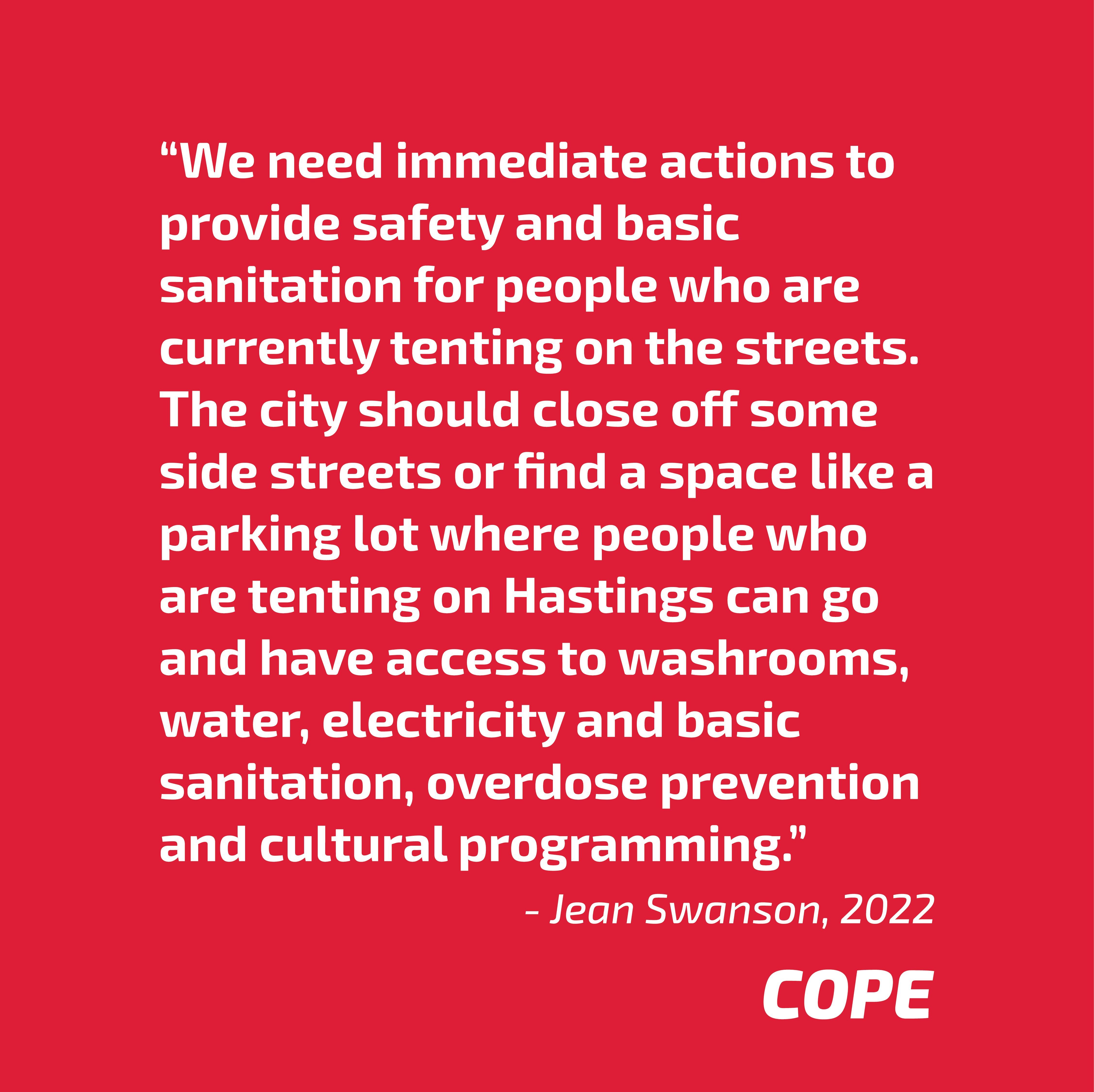 The situation in the Downtown Eastside (DTES) is out of control mostly because people do not have their basic needs met. Here is a brief rundown of recent happenings:

One principle for this action plan is that peers, not police, should provide a lot of the advice, labour and love to make it work. Nothing about us without us!     .

When elected, COPE Council candidates Breen Ouellette, Tanya Webking, Nancy Trigueros, and Jean Swanson will work to make this happen. However it needs to start now.

Jean Swanson: “We need immediate actions to provide safety and basic sanitation for people who are currently tenting on the streets. The city should close off some side streets or find a space like a parking lot where people who are tenting on Hastings can go and have access to washrooms, water, electricity and basic sanitation, overdose prevention and cultural programming.”

Nancy Trigueros: “Winter is only a few months away, so we have to start now to find accommodations for people who are homeless. All three levels of government must make haste in acquiring hotels, apartments, as well as a site or sites for tiny house villages.”

Tanya Webking: “One building of housing can take over three years to build. Let’s start now to plan thousands of new units of dignified new housing, with a timeline for when we will actually have enough so that no one has to be unhoused.”

Breen Ouellette: “Canada ratified the International Covenant on Economic, Social and Cultural Rights, and in doing so accepted responsibility for adequate housing as a basic human right. The Province and the City are both obligated to ensure that everyone has access to adequate housing. The Province needs to raise welfare and disability rates to meet the real cost of living. The average rent in an SRO unit is now a shocking $600, so the shelter allowance must be immediately raised from $375 to at least $600. At the same time, the City absolutely must appeal the BC Supreme Court’s recent ruling on SRO vacancy control. And all levels of government must immediately revise their budgets to make it a top priority to provide adequate housing for every person in Canada.”