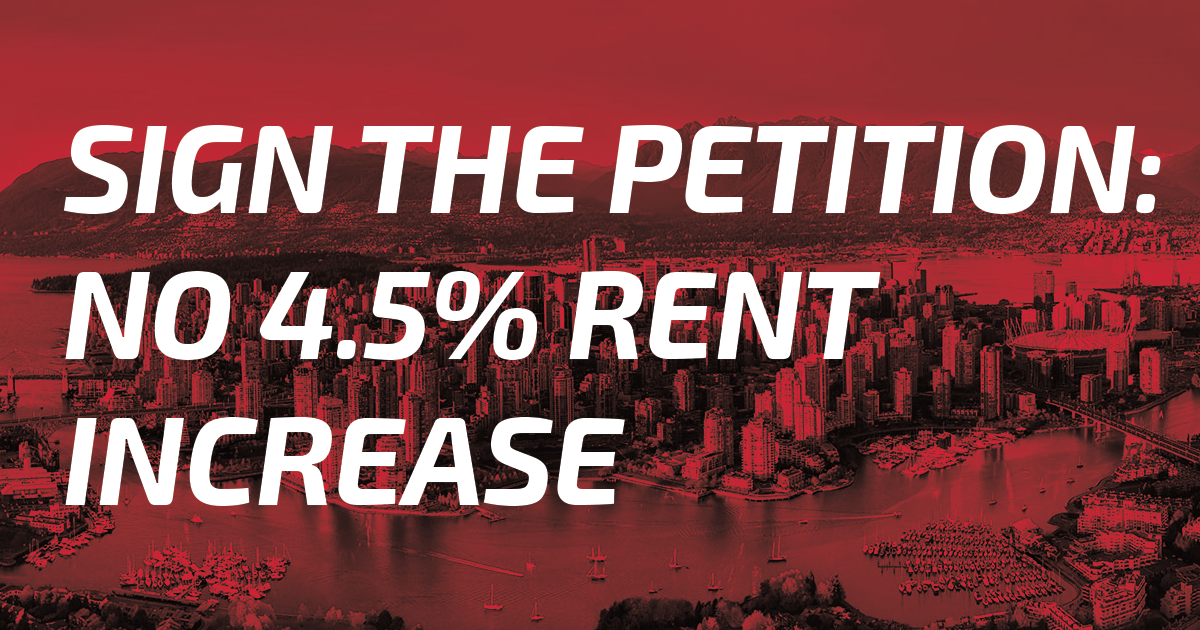 The Province of BC announced on September 7th that the allowable rent increase for 2019 is 4.5%. That would be the largest allowable increase in 15 years. A renter paying $2000 rent would have to pay an extra $1080 per year.

Following public outrage and efforts by organizations like the Vancouver Tenant's Union, the BCGEU, and COPE the provincial government rolled back the increase on Sept 26th to 2.5%. But that's not enough. Rents are already too high in Vancouver, with the cost of an average apartment in Vancouver exceeding the full time wages of a minimum wage worker. We need a rent freeze in Vancouver.

Therefore, we the undersigned, are calling on the Vancouver city council to:

If the province of BC fails to support a Rent Freeze, Vancouver city council should implement a city-wide Rent Freeze policy. When landlords apply for their business license each year, the 0% increase will be a requirement of their license.

Sign the petition: Stop the 4.5% rent increase
Check out COPE. I just joined.