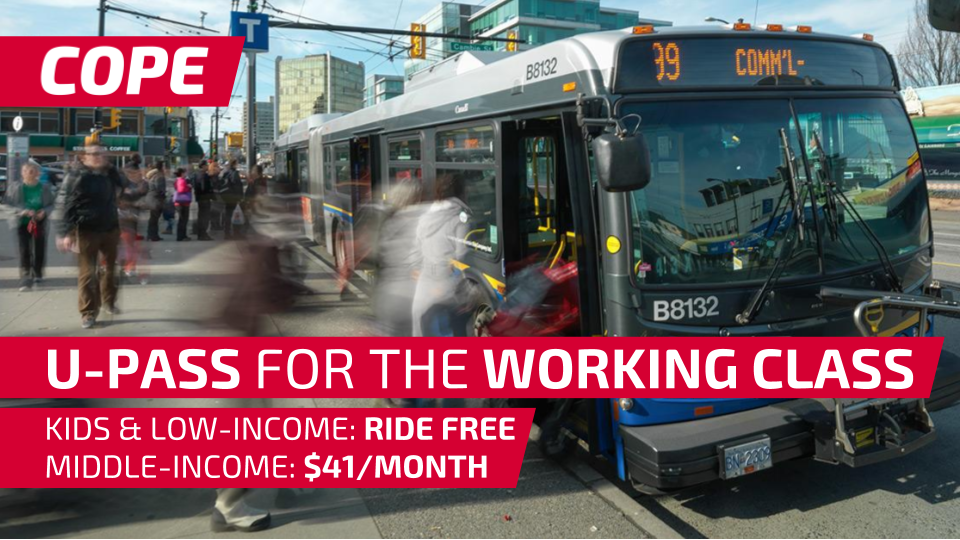 Transit fares have been going up every year. It's $174 for a three-zone pass, the low-income pass is only available for seniors, and even 5 year-olds have to pay for transit.

It doesn’t cost much to reduce fares. Free fares for kids in the city of Vancouver would cost TransLink $10.5 million, low-income passes $27.5 million, and middle income passes, between $20-40 million. The total cost for these U-Passes for will be well under $80 million.

The recently announced increase in Vancouver’s portion of the carbon tax -- over $100 million/year -- would pay for this entire program. Up to 40,000 of commuters will shift from cars to transit, taking tens of thousands of cars off the roads in Vancouver.

Read the detailed plan here: U-Pass for the working class

We the undersigned are calling on Vancouver city council and the Province of BC to use Carbon Tax revenues to work toward free transit by:

1) Eliminating fares for kids under 18